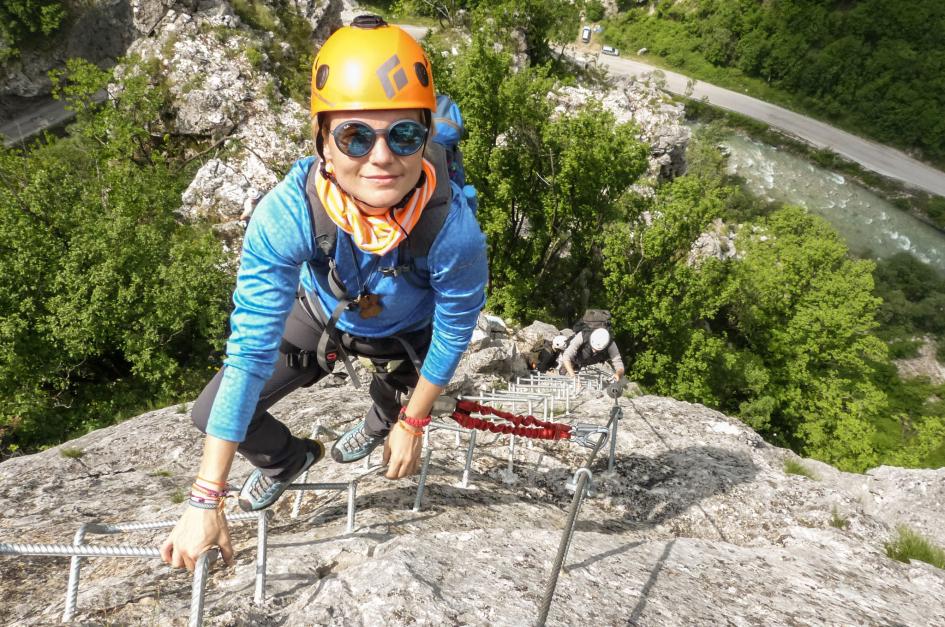 A story for us: Chasing Mountains and Macchiato …

Chasing Mountains and Macchiato in Balkan

By Jordan Campell
Lonely Planet Writer
Kosovo was a conflict zone in the 1990s, but now this small Balkan nation—and its neighbors, Macedonia and Bulgaria—are emerging as southeastern Europe’s adventure sports nexus.

The Balkan Peninsula remains largely unexplored by modern adventurers, and there are surprises at every turn. Pristine mountains, rich cultural traditions, and a fascinating geopolitical history make Kosovo, Macedonia, and Bulgaria a trio of inspiring destinations for travelers in search of the unexpected.

Not surprisingly, I click immediately with Uta Ibrahimi, Riza’s business partner, a 32-year-old outdoor lover whose life passions take flight from Kosovo’s wild and undiscovered summits. Ibrahimi takes adventurers like me to experience her country’s high peaks or single-track mountain biking through her tour company, Butterfly Outdoor Adventure. She sports mirrored sunglasses and tattoos and has edgy and defining style points punctuated with her signature boyish bangs. Well-known in outdoor communities throughout Kosovo, she’s also an outspoken member of the LGBT community in a country that is “still progressing,” as she describes it.

Ibrahimi scoops me up the next day from the four-star Hotel Sirius and gives me a personal tour of downtown Pristina. It’s a chance to see cultural landmarks like the large statue of former U.S. President Bill Clinton, a historical figure in the Balkans for his role with NATO, helping to end the conflict in Kosovo more than 17 years ago; and the iconic “Newborn” obelisk monument, a symbol of the country’s recent independence and fierce desire for statehood and recognition by Europe and the Balkans. After coffee, Ibrahimi patiently lets me geek out on the cool blue flag of Kosovo (she loans me money to buy a souvenir-size one), which reigns proud atop the buildings throughout the capital.

To read the rest of the article, visit: http://www.nationalgeographic.com