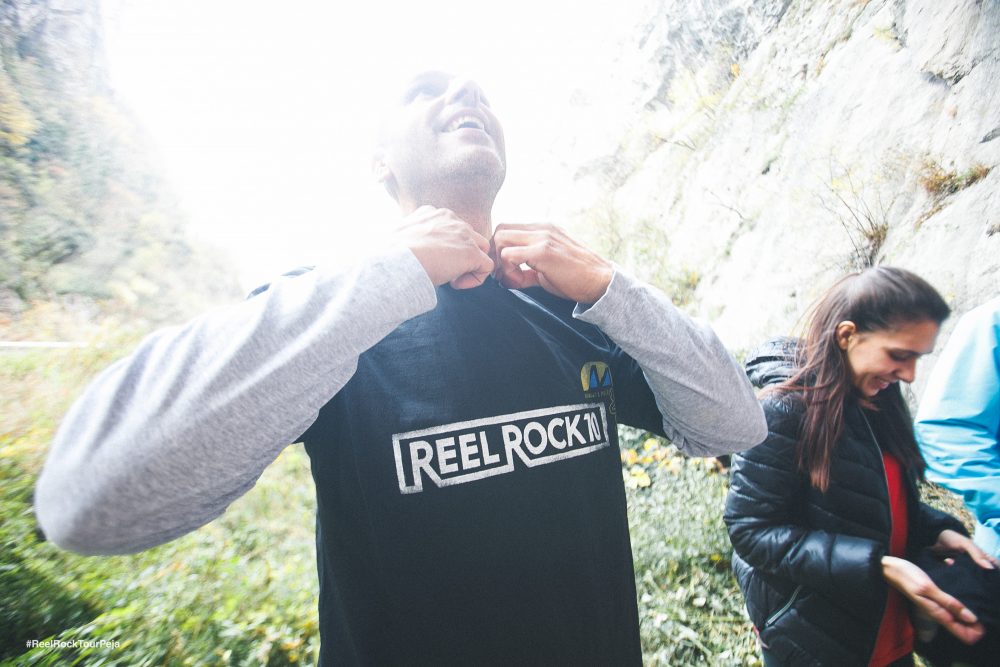 Together with Kosovo’s Rock Climbing Association, Marimangat, our founder helped organize the Reel Rock Tour in Peja in 2013 Part of the international REEL ROCK Film Tour, this event was a great opportunity to bring together the region’s climbing and adventure community.

Founded in 2006 by filmmakers Josh Lowell (Big UP Productions) and Peter Mortimer (Sender Films), the REEL ROCK Film Tour brings the best climbing and adventure films of the year to live audiences throughout the world. The film tour is the definitive annual event for climbing communities globally. REEL ROCK shows are high energy, community events that go beyond mere film screenings to include athlete and filmmaker appearances, prize giveaways, non-profit fundraising, and a party atmosphere. (from http://www.reelrocktour.com/)

We were proud to have the Kosovo climbing community join this global family and host 200 guests from Macedonia, Albania and Montenegro. During the event, we screened five documentaries about rock climbing, hosted various tours for our guests, and organized a roundtable discussion about mountaineering in the region. The festival capped off with an unforgettable wrap party and created lasting bonds for the attendees.

Some videos and interviews from the festival: